My mother began her career by teaching in a one room country school. She would arrive soon after sunup and start the fire in an iron wood stove. She pulled the rope to ring the bell and her 12 students ran inside and took their seats. They ranged in age from 5 to 13. After 45 years of teaching, she told me this was the favorite part of her entire career. The kids were not separated. So the older kids helped teach the younger ones and that way each young student had a tutor, she said. The older kids learned how to become mentors. They found delight in their roles; they enjoyed being there and they learned the rewards of helping others. It is easy to romanticize those days.

She told me more than once that everyone has within them at least one good novel, one good song, and one good sermon. This is my sermon. I wasn’t going to spread the bad news, but after considering the upcoming astrological situation and the current political events I think this needs to be addressed. Yes, Pluto and Saturn appear to be joined together in the sky, from anywhere in the world, all this year and the next. That’s not so good for us. Other astrologers would look on the bright side and I will try that. Keep in mind this work is for entertainment and life or death purposes only.

Mars can be described as a Roman soldier who pushes you around or one day burns down your barn. In that analogy, Saturn stands in the chariot. He would be the Roman Emperor. Mars is a soldier. Pluto is a legion of those soldiers; large scale aggression, organized crime and great revolution. So to have Pluto and Saturn together in the sky means the emperor is showing up, along with his legion.

Some say Pluto brings change and yes, that’s good. But even positive change usually comes with the painful removal of a kind of thorn; it hurts and we hope it will be over quickly. Well, yes, 2021 will arrive eventually.

The period might be dark because the backdrop for this conjunction will be Capricorn; the sign of steady, hard work. The sober sign. Climbing the mountain one step at a time. Not a laughing matter. Crocodiles and dragons and draconian laws. In the zodiac it is opposite Cancer, the sign of nurturing so we are at the other end from nurturing, folks. Should I keep going? It does get worse I promise.

Capricorn is all about government regulations, authority and recognition. Career advancement. Opportunism. It is also called the dying time of nature. When winter sets in and we see the shortest day of the year. Long dark nights. The phrase “game of thrones” comes to mind (the first episode of season 1 is even titled “Winter Is Coming”). Old descriptions describe Capricorn as “grave-faced” (gulp).

The story of Dickens’ A Christmas Carol happens during the period of this sign and Scrooge is a good example. Tight-fisted and unforgiving, but he has an epiphany and therein lies our hope. He’s visited by 3 spirits and this changes everything. He becomes Happy Scrooge and his heart is revealed at last.

Jesus of Nazareth was a Capricorn and like Scrooge he was concerned about doing things properly. Both of them probably didn’t like to pay their taxes and they shared sort of a mystical bent. This brings us to the reason that the Capricorn goat has a fish-tail. There is a spiritual twist here; the potential for great compassion and caring. Capricorn is the gateway to profound spiritual happenings. So the dark night of the soul leads to a new day dawning! Yes!

But no, no smiling yet. I took a look at history since I knew this conjunction must have happened before. As Bill Herbst describes in his great article in Mountain Astrologer magazine, the last time this conjunction began in Capricorn was the year 1518. And what was happening then? I checked. Machiavelli was writing fiercely during this time, which is sort of a clue.

August 1518 brought a major stepping stone in the beginnings of the African slave trade. Charles V gave Lorenzo de Gorrevod permission to transport 4000 African slaves by ship. From that point on, thousands of slaves would be sent to the New World each year.

In November 1518 Cortez launched his expedition from Cuba and started a bloodthirsty march, decimating populations of Mayan and Aztec families, burning books and melting down gold to send back home to Spain.

Francesco Pizarro was already in central America gearing up for a 20-year murderous campaign in South America which left the Inca Empire in total serfdom to the Spanish elite. Interesting that during today’s conjunction, white supremacy has been given a megaphone and people are emboldened; shouting philosophies that we naively thought were dying out.

In the previous fall Martin Luther had nailed his 95 Theses to the doors of Wittenberg Castle in Germany. A classic marriage of Pluto’s transformation and Saturn’s devotion to the rules. So that was a spiritually positive moment for some populations during the period; a transformation in organized religion.

There’s more. In July of 1518 the dancing sickness showed up in Strasbourg, Alsace (modern day France) and 400 people took to the streets unable to stop dancing. To make it more strange, the frantic people were given really bad advice. The town built outdoor stages and they told everyone to keep dancing until the disease ran its course. Many eventually died of exhaustion. To be fair, this was the age of the plague and sweating sickness and all kinds of bad advice about health issues. Surely the times have changed. Doctors are much more knowledgeable today. Er…right? You didn’t get another flu shot, did you?

We also saw in 1518 the introduction of small pox to the Western Hemisphere, in Hispaniola.

Alright, I’ll stop! Positive things were happening, too. Titian was painting a series of small madonnas in Italy. Guru Nanak was forging the beginnings of the Sikh faith in India and in Istanbul they were wearing the finest clothing ever fashioned by human hands; the beginnings of brocade and cashmere along with gold and silver-plated threads. Not bad, but then times got pretty grim for many people. Perhaps the passing of Leonardo da Vinci in the spring of 1519 signaled an end to the older period of high ideals of the 1400s. When he died he left instructions for 60 beggars to follow his coffin through the streets during the funeral procession. He was trying to tell something to all of us.

Just to make a dark story darker, if you cast a birth chart for the USA’s birthday of July 4th, 1776 (and look at the current transits) you will see that during this year and the next we are experiencing what’s called a Pluto Return; when Pluto is back where it was in the sky when we signed the Declaration of Independence. Not a lot is known about a Pluto Return since it doesn’t happen in the course of one lifetime, but we can surmise that the dark side will be revealed.

The hardest time for this grand combination will be January through March of 2020. Laws enacted during this period could signal a wave of oppression for future generations.

So to bring it back around: it’s easy to romanticize a one room school. Why? Because according to one teacher who lived it, one room schools were far more sensible and effective than what we have now. Kids learned how to think and how to help others. And they enjoyed it. Are kids happy in schools today? I’m not so sure, but I’m not really a forward thinking person. We’ve gone forward far enough. It’s time to go back. More than anything it’s time to look back and learn, and speak out against white racist ideas. It’s time for a new 95 Theses. Maybe we can curb yet another long round of oppression from white opportunists. It’s time for white men to just step down and let someone else be in charge. We’ve done enough damage.                  — Jan. 21, 2019

Bloomberg News July 2, 2019:  “Amazon is Working on a Device that can Read Human Emotions” by Matt Day.

New Book on the way 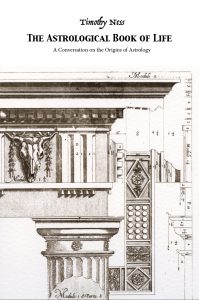