I love taking my coffee down to the basement to spend an hour looking at books from that corner bookshelf. A big chair is down there that works perfectly for this. It’s an overstuffed thing and not real comfortable, but with a blanket laid over it and just the right footstool I’m all set. It’s the best secret sitting spot in the house.

Lately I’ve been drifting off into St. George and the Dragon, Beowulf and small doses of Tolkien that are still poetic and haunting. The other day I found a more contemporary little epic about a goat; a story that needs repeating because the goat of our zodiac (Capricorn) has been getting a hard rap this past year, perhaps rightfully so. I’m about to add to it. The sign of cold, hard facts and governmental law and order. But you have to admit that one thing the sign is good for is getting things done (whether you want them done or not). For centuries the sign has been associated with crocodiles, dragons and cunning opportunism. To many people in the distant past it was simply called Sea Monster. Its opposite is Cancer, the most nurturing of signs. Capricorns do have a heart, though, and we often miss it because it can be hidden behind a suit of armor. But the person who gives without recognition, saves the day and rides off into the sunset, or defends you against a Martian invasion is often the Capricorn. They surprise us and become the hero in the end. 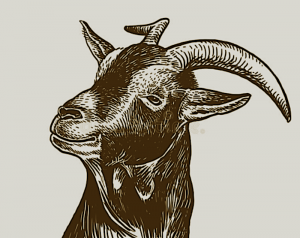 Carl Hulsey, age 77, was a poultry farmer in Georgia who ran afoul of Capricorn’s more dangerous side when he was killed by a goat in 1991. Born Aug. 14, 1913 we find his Sun at 22 degrees of Leo, a degree called Own Worst Enemy, where a person sometimes falls into self-undoing and can shoot themselves in the foot. His Saturn and Jupiter are both at degrees associated with going on a mission, making it their business to start a crusade whether it’s a good idea or not. Also, recklessness and being danger-prone, some sources say “the ski-jumper” personality or the race car driver (one who never lets up). This is the symbolism of the fixed star Messier 22 (where we also find two black holes) and Carl’s personality reflected this quite well.

So Carl was at war with a goat named Snowball. Everyone in the neighborhood knew it. Wanting to train the goat to be a guard-dog, Carl got more and more aggressive with him and beat him with a stick. His wife Alma warned him that one day the goat would fight back and he did. On May 16th, 1991 Snowball went after the old man and knocked him to the ground. Carl ran up the porch steps, but the goat kept coming and knocked him down again, finally butting him right in the stomach and sending him off the end of the porch. Carl died where he fell, a mis-guided crusader on his own mission who couldn’t take anyone else’s advice.

We can call it an accident, and we do mourn the loss of Carl who was much loved despite having a bit of a mean streak. It took three men to get Snowball into the warden’s van and off he went to a shelter for abused animals. A lot of jokes went around about Billy Goat’s Gruff and Snowball’s Chance in Hell. When the story spread, hundreds of people offered to adopt Snowball, but he stayed at the shelter. There he was officially neutered and they also appropriately snipped the goat’s name, shortening it to just Snow.

I admit this is reaching a bit, but I just had to look at the transits on the day of Carl’s death. The obvious danger is shown in Saturn lining up with Carl’s own Uranus, with a ricochet effect to his Mercury which was in line with transiting Jupiter. This is a pinball game that could be tough on anyone, and with a little push it could be dangerous. The push was nearby. Rahu, often called the Head of the Dragon was in Capricorn and influencing Carl’s Sun within a couple of degrees. The Dragon was in the sign of the Goat which meant a day of reckoning for this tricky chicken farmer. At a recent Vedic astrology conference, a well-known astrologer mentioned that Rahu (the notorious malefic) might find it quite thrilling to be involved with ending someone’s life while other planets are more reticent in that activity. 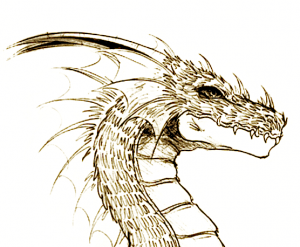 Hopefully the Capricorn-turned-dragon that visited us in 2020 will move on to greener pastures and we can all have a more pastoral year ahead. It’s a good thing I don’t know Snowball’s birthday or you’d have three more paragraphs to read!

Thanks to Mary T. Schmich of the Chicago Tribune.