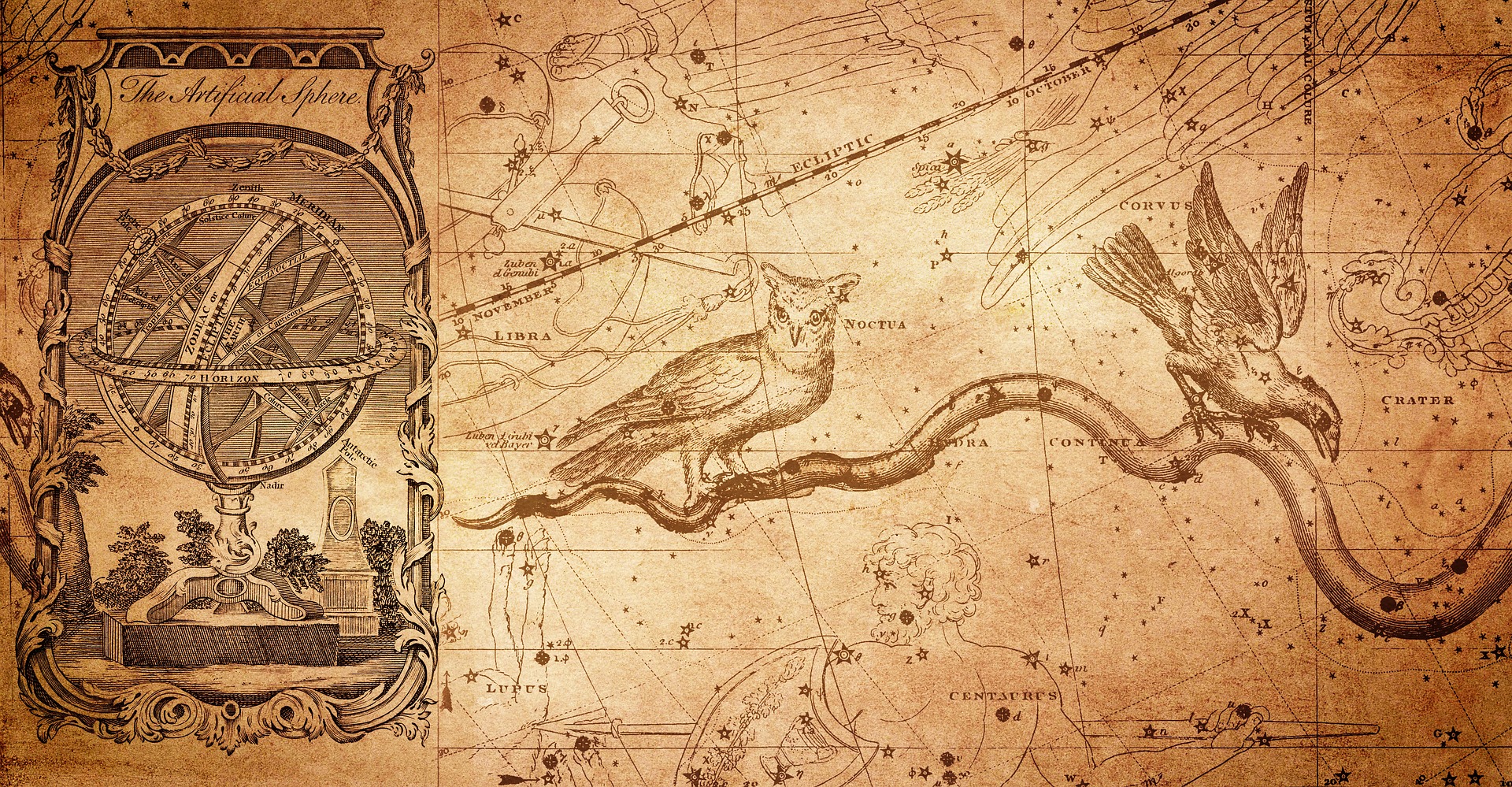 The Earth is a sphere of 360 degrees, and the zodiac is a belt around that sphere (also 360-degrees) which can be compared to 360 notes on a universal piano. At the moment we are born, each planet resides in one of those degrees and plays a particular ‘note’ which signifies something about us. Each celestial body plays a note based on its location and together they all create a “chord” or a song that is individual to you. Whether these bodies affect us directly is debatable, but they do symbolize something about us, and the art of astrology is about reading those symbols as a map for an energy that moves in cycles throughout our lives.

The cycles of the moon effect us most directly, and the planets further away work on more subtle (though effective) levels. As we age, each time a planet comes around to those degrees that note is played in a particular way. Our soul’s tune is sparked and these sparks reveal events that come to us from the community, the environment, from our boss, from relationships, and they also reveal events and actions that we generate from within ourselves. Bringing awareness to these cycles can make all the difference in our ability to surf the waves of misfortune, and to prepare for the blessings that are heading our way. This astrology is about reading and learning about those notes of your soul.

Ancient people did not always choose animals to represent constellations because they thought the arrangement looked like a certain animal or figure.  The figures were sometimes chosen because they symbolize character traits and life events that are associated with that particular area of the night sky.  For example, a scorpion was chosen because it has a stinging tail, and also has the ability to “side-step.”  Astrology is an old wisdom that was used by mathematicians and scholars.  It offered healing for people then and if used correctly it can offer healing now, too.

from the Tetrabiblos of Ptolemy:

Such are the effects produced by the several planets, each by itself and in command of its own nature. Associated, however, now with one, now with another, in the different aspects, by the exchange of signs and by their phases with reference to the sun, and experiencing a corresponding tempering of their powers, each produces a character, in its effect, which is the result of the mixture of the natures that have participated, and is complicated. It is of course a hopeless and impossible task to mention the proper outcome of every combination and enumerate absolutely all the aspects of whatever kind since we can conceive of such a variety of them. Consequently, questions of this kind are best left to the enterprise and ingenuity of the astrologer, in order to make the distinctions.