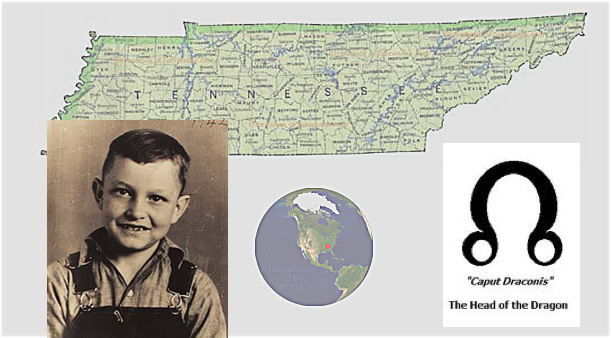 I am sitting indoors on a cold and cloudy day and I haven’t seen the sunshine since I don’t know when. It must be time to write about Johnny Cash. The man in black is missed, to say the least. I think the story of his life will only get more interesting with the passing of time. Occasionally, we truly appreciate people only after they are gone and that’s the way it is with every J.C. that I know, the obvious names being Jesus Christ, Julius Caesar and of course Jackie Chan who is still with us, and June Carter who could surpass them all with her style and wit.

A quick look at Cash’s Vedic chart shows the intensity you might expect: his Venus is exalted at 23º Pisces (only 4º from the most exalted degree possible), and it hotly trines an exalted Jupiter (about a 1º orb). This is truly a blessing from on high. This points to the arts of course, and leadership and even becoming a bit of a guru (with a dash of the dark side from his sun, mercury and mars all in the 12th house). Rahu, the north node of the moon, is 4º from the horizon. This is an entity that can propel someone to fame (or give them an insatiable desire for fame) and this placement would make J.C. sort of the embodiment of Rahu, which is sometimes depicted as a serpent driving a chariot drawn by 8 black horses; appropriate for a man in black who sings about dark nights of the soul.

We all know astrology is a vast symbolic science complete with multiple traditions, denominations, sects, wackos, heroes, mainstreams and backwaters. Not many people know of the study called astrocartography, which maps the transits of the planets over the earth on our day of birth (the areas where they passed directly overhead or on the horizon, etc). The idea is that the planets leave a symbolic trail on the earth’s surface which forever holds significance for us. These places will offer us opportunities and qualities that reflect the nature of that planet in accordance with its status in the person’s natal chart. Anywhere within 50 miles on either side of these lines will provide ground for an intense effect over time. Places directly on the line yield reportedly supernatural results.

Rahu for Johnny, amazingly enough, casts a line running straight from New Orleans up through St. Louis and into Canada. What city lies on that line? Memphis, Tennessee, where young J.C. first made his mark recording with Sun Records. He soon met Carl Perkins and started the Tennessee Two and there was nowhere to go, but up. To make it more interesting, he moved there in 1954 — the year of his Rahu subperiod during the tail end of his Jupiter Dasha (these are long timelines in our lives which give Vedic astrology its eerie exactitude). 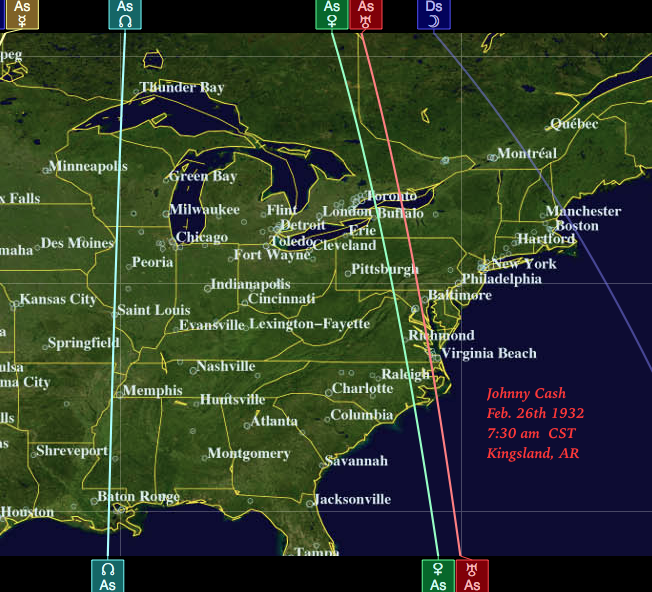 Astrocartography is quite compelling, to say the least. Would Johnny Cash have made it as a country singer without this influence from Rahu? Yes, I think he would have, but he might have just played weddings and tavern dances and been the toast of Arkansas, instead of the legend he became.

So if you get the chance, spend a little time on your Rahu line or your Jupiter line, if those bodies are well placed in your chart. You never know, the planets might signal a rise to great heights or really light up your world faster than you can say Jiminy Cricket.

One thought on “Amazing Grace: How Rahu Shaped the Life of Johnny Cash”