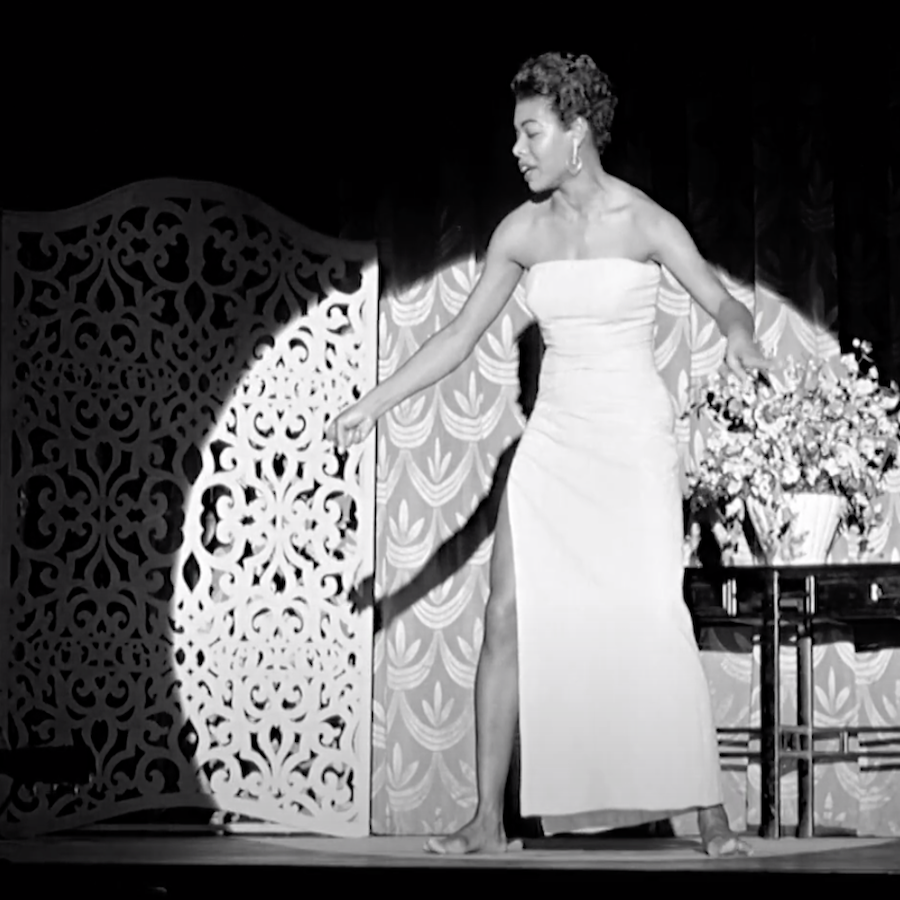 At the age of sixteen, Maya Angelou became the first black female streetcar conductor in San Francisco. That’s only one of her many distinctions. She was the poet who could sing. Her public readings were particularly masterful because she would deliver lines in that deep, commanding voice and then suddenly sing lines, too, a capella, clear as a songbird. She was mesmerizing, with a grace that could really pull us in.

She was raised on Shakespeare and ballet classes (her first dance partner was named Alvin Ailey). She produced thirty best-sellers, served on Presidential Committees, worked with Martin Luther King and Malcolm X and helped pave the way for contemporary writers who want to express the idealism that every society must foster; idealism that rises above any kind of doctrine or orthodoxy. This is the thread that runs through all of her works, and by forging a genius she raised the genre of autobiography to a higher literary form.

Neptune was on the eastern horizon when Maya was born. This can make a person the embodiment of high ideals, and artistic escape is probably going to show up prominently in the person’s life (the same year we discovered dreamy Neptune, the saxophone was patented). In Maya’s chart, Neptune was joined on the horizon with the star Al Zubrah or “the mane of the lion” noted for giving people a psychological and physical swagger. A know-how for becoming a social beacon and a sharp ability to see the bigger picture (Angela Davis had her Jupiter placed here). It’s sometimes called Subra Leonis, a star system in Leo. In Indian astrology, this horizon locale, her ascendant, falls into the mansion Magha where a person is called a “Leo’s Leo.” It’s no surprise that a person with Zubrah and Neptune on their horizon in Leo would become famous for the words “And Still I Rise!”

Neptune does have a downside of confusion, escapism, and bad drugs, but at its best the sensitivity it brings will truly reflect the higher octave of Venus. The person will be culturally mediumistic and be known for extreme spiritual experiences and high inspiration. These words seem to describe the life of Maya Angelou really well. This is why Neptune is so mysterious. We find a real connection to divinity here, the ages old quality of the development of the human soul. She is America’s Dalai Lama.  If you haven’t seen the interview she did with Dave Chappelle, I urge you to watch it. It’s the best hour of conversation I’ve watched in a year, on a program called Iconoclasts from the Sundance Channel on youtube.

One part of Maya’s personal history is that she was sexually assaulted at the age of 8 and after telling her brother the name of the man who committed the rape, he was murdered by her uncle. As a result she did not speak for about five or six years. Her life would be a testament to finding her voice, being heard, speaking truth, and moving forward as a survivor. Astrologically, we find this violent possibility with Pluto squaring her Sun (within eleven minutes) and aspected by Saturn. Also, her Mercury is fallen which implies obstacles to communication and an intellect that might find itself under assault. Mercury here is tightly conjunct an exalted Venus, however, and this was probably the quality that could turn the worst experience into a source for long term healing and a story that would profoundly touch the lives of others. Interestingly, Albert Einstein had the same quality in his Vedic chart, a fallen mercury nearby an exalted Venus. He flunked classes in grade school and was not known as a communicator at all until later in life. He accomplished great things, too, but maybe did not quite reach the broad level of influence of Maya Angelou. It could also be, as astrologer Richard Fidler teaches, that these two were able to harness the power of the opposite house and springboard a fallen planet into an efficiently expressed force of celestial energy.

They also both have planets joined with Al Janah, (the wing of the swan) a star in the constellation Cygnus, which for centuries has granted the ability to “soar to great heights.” From the 1st century AD, Manilus writes that Cygnus is the constellation where “a swan hides the God, and the voice belonging to it. It is more than a bird, and mutters to itself within.”

Dr. Angelou’s Saturn also squares her Mercury and Venus which adds difficulty. Saturn would certainly be the cage for someone who writes about caged birds that sing. The songbird of Venus in the chart is joined with a crestfallen Mercury, and Saturn becomes the cage which takes a person many years to rise above. Her second house, the house of the voice and of authorship is ruled by her Mercury, but it is her third house, the house of publishing and desires that is ruled by the exalted Venus. In time, Maya’s songbird would certainly be recognized. In 2011 she was given the Presidential Medal of Freedom and by her death in 2014 she had amassed over fifty honorary degrees.

All the awards don’t quite describe the magnitude of her contribution. She is able to fully articulate the human experience in a way that trusts the reader to the utmost, as though she is confiding a story to you alone; a style that could almost be called cheek-to-cheek. She is a life witness of incredible eloquence and she was able to communicate that life in a meaningful way, and on a global scale.

This is her poem from 1983, sometimes confused with her 1969 autobiography I Know Why the Caged Bird Sings.

Caged Bird, from Shaker, Why Don’t You Sing? by Maya Angelou

The free bird leaps
on the back of the wind
and floats downstream
till the current ends
and dips his wings
in the orange sun rays
and dares to claim the sky.

But a bird that stalks
down his narrow cage
can seldom see through
his bars of rage
his wings are clipped and
his feet are tied
so he opens his throat to sing.

The free bird thinks of another breeze
and the trade winds soft through the sighing trees
and the fat worms waiting on a dawn-bright lawn
and he names the sky his own.

The caged bird sings
with a fearful trill
of things unknown
but longed for still
and his tune is heard
on the distant hill
for the caged bird
sings of freedom. 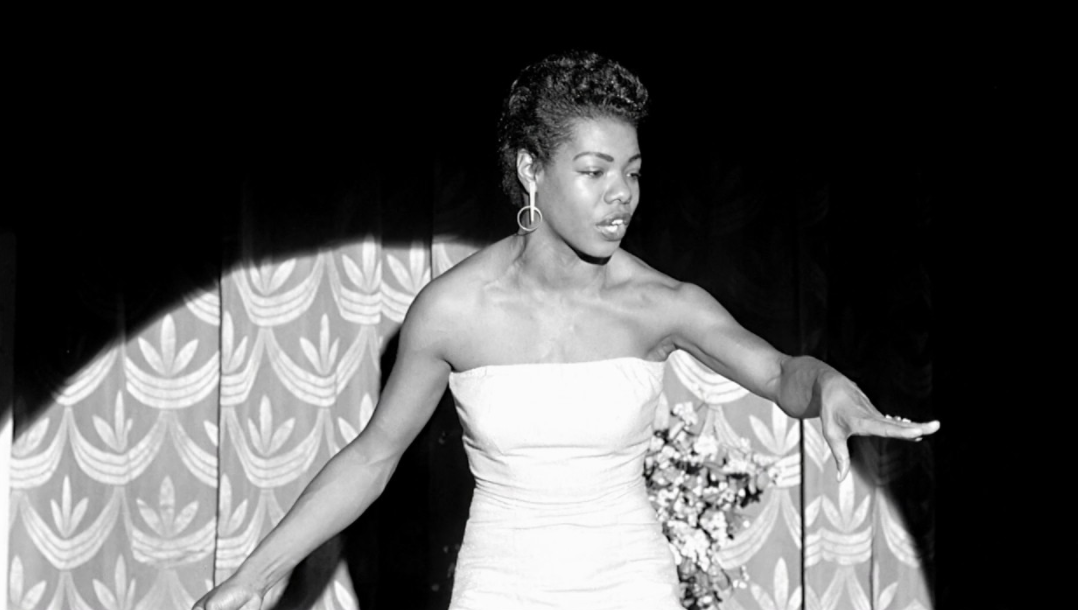