I was walking with friends near a swimming hole that only a few people know about, so I won’t say where it is. It’s about a mile into a dark patch of woods full of ferns and skunk cabbage. Uprooted trees with their huge masses of roots were sticking up into the air. Almost a primordial jungle right here in New England. We picked a few wild blueberries and sat among some nice mossy tree stumps.

A friend of a friend came along (Anna) and she wanted to ask me about her son. “I’m wondering if you can look at his birth chart,” she said, “because he doesn’t seem to be an ordinary little boy.”  She produced the chart from her bag and I saw quite an impressive stellium of planets in the 8th house.

The 8th is the house of transformation, where we have our profound changes in life, we meet the devil at the crossroads, where we find our dark night of the soul. It used to be called the House of Death, sometimes it still is, but more often we say the House of Life and Death. Many times we talk about the cycle of birth/re-birth here, and sacred initiations. Reborn, recycling, resurrecting, rehabbing, refinishing, and rejuvenation. But to get clean, first you have to get dirty. That’s usually how it works.

Anna said her boy was only four years old. But it wasn’t uncommon for people to say to her, “he’s an unusual child, when he looks at me his eyes go right through to my soul.” This didn’t bother her too much, it just seemed to be a comment that people would say more often about adults. She’d never heard of an all-knowing, soul-piercing gaze from a four year old.

I decided not to talk about my first reaction, which was to flash on old movies like Village of the Damned, or Children of the Corn, and little kids who wind up turning adults into a jack-in-the-box if they don’t like you. I think I made the right choice to avoid those comments.

“My first thought is that there may have been difficulty with the birth,” I said. “Not sure what, but a lot of potential fireworks around emerging from the birth canal. A ruthless quality.”

I could tell I hit a nerve already, but she asked me to just keep talking. I explained that I once had a client who had four planets in the 8th and he had been 3 weeks late in delivery and even then they had to induce labor. The forceps were used and they shifted the rib cage (just slightly), but enough that he had a lot of lung issues later in life. As a baby he had long bouts with asthma and breathing problems. Pluto and Uranus tightly conjunct in the 8th had made for an incredible push-me-pull-you birth and it might have created a sudden bursting forth into the Uranus awakened state, but only after a ‘laborious’ dance through Pluto’s Hell. The baby was over ten pounds, too, so there’s that.

“The 8th house is birth,” I said. “So planets in the 8th can shed light on the person’s birth story. It’s also a dark house, a grief house.”

Anna said, “What about these planets together for him, what’s there?”

The chart showed the Sun, Mercury, Mars and Jupiter all in the 8th and all in Cancer. Jupiter was at 4º, 42 min. Just 18 min. from the most exalted degree one can have a Jupiter in the zodiac. And it was only 2º from a fallen Mars. Pluto was in opposition at 9º Capricorn. This group was closely related to a tight pairing of Saturn and a fallen Moon in Scorpio. I explained this to Anna, and used examples like hidden toxins, floods and fire, death of the old ways and a highlighted theme in this person’s life of negative experiences that actually open doors for people. This powerful 8th house also means a new lease on life. This is a warrior’s journey, but with an emphasis on the war part. There may be bloodshed showing up. He may just write about it. Or he might be in the military. He may just be fascinated by death and then become a doctor who heals people who have massive injuries. With that Jupiter, he’ll have some options.

“Pretty intense.” I said. “This person will be a great teacher, with sort of an entourage, but there is a lot of darkness here; violence, and a real dip into some alchemy. An interest in hidden forces. And even the history of magic, that kind of thing. But with that exalted Jupiter, he won’t be an Aleister Crowley. This is more powerful. This is Gandalf. You might be raising a little Gandalf.”

The relief on her face was evident. I was glad to see this was providing a context for some understanding into the nature of her boy. That one look reminded me why I love being an astrologer.

“Let me tell you what happened,” she said. “When I was pregnant with him, I went to my usual check-up, around 7 months, and they said that they found out I had cervical cancer. It was pretty far along and they were worried that I might not survive the birth. And just to say, it was fine, everything went okay, and I had surgery and I won’t have more kids, but I lived. And do you know what the doctor said? He said if I hadn’t gotten pregnant, I very well might have not been diagnosed and would have died young from the cancer. That’s amazing. My boy saved me. He save my life before he was even born,”

I think of this story every once in awhile. Jupiter to the rescue, our great protector. One of the best encounters I’ve had with someone looking into the chart of their child to find some context for things that are sometimes hard to even put into words. I didn’t know what to say. Her eyes were full of tears and by now mine were too, of course. I gave her a big hug and we were just glad to be alive and enjoying the forest. We headed back to the road, but I’ll never forget that walk through the woods. Sometimes the dark forest makes the best school ever. 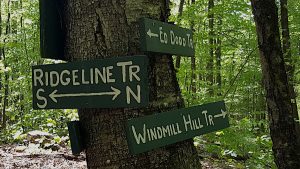