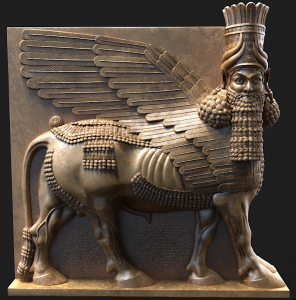 I was feeding the chickens some kale the other day. Phoenix and Dorcas loved it, but Garuda was not so interested. The biggest and loudest hen, Cinnamon, likes to appear at the door of the coop and really make her presence known. Watching her strut down the plank reminded me of how great it is to watch old movies and see how celebrities sometimes make a flashy entrance. That first impression of a character, full of flare like our first view of Willie Wonka or Indiana Jones. You can think of more: Lolita, Galadriel, Hannibal, or Jack Sparrow. That first meeting is like a portal, a moment when a gate opens and in steps the star (chickens can be equally exciting after many, many months of lockdown).

Four gates in the zodiac are called Divine Avatar Gates and their history is sort of murky, but they provide a similar portal for stellar drama. They are the cross-quarter days marking the halfway point between solstice and equinox, so you find them at 15 degrees of the fixed signs: Taurus, Leo, Scorpio or Aquarius (often called the fixed cross). They were at one time the signs where the equinoxes and solstices resided, and fifteen degrees is the middle of the sign. In my data from my clients, it appears that planets at this degree will make an impact on a person’s life that is perhaps equal to the importance of the chart ruler (ruler of the first house).

This is a simple observation on any birth chart that many astrologers haven’t studied. This year I was lucky enough to speak with one of the world’s foremost astrologers and he told me he had never heard of someone using this reference point in a reading even though it is quite an ancient idea.

A simple check of your chart will show if you have a planet at one of the gates. Best to use 14 or 15 degrees. 16 is the outer limit. I’m not saying two or three degrees away from the exact point won’t have any effect, but in this particular calculation going beyond one degree away and other forces will usually become more prominent. So what does it mean if you have a planet at one of these gates? It means a lot. A person can use this planet to transcend difficulties or to achieve their highest goals. These degrees are at the heart of the fixed signs, so that equals persistence; the ability to be stable and steadfast through difficulty. These people can consolidate resources and put the pieces together to persevere and achieve. They get lucky breaks. They can beat the odds. I’ve found that about 2 in 10 clients have a planet or the ascendant at a gate. I did not use outer planets for this study.

I’ve added a detailed list of examples below, but it’s easy to see the significance: Alexander Hamilton has Jupiter at 14 Scorpio. Janis Joplin, Venus at 14 Aquarius. Mark Zuckerberg, Venus at 15 Taurus.

There is something about the divine gate that allows the strongest planetary energy to enter and become highly prominent in the life. Some astrologers consider the gates to be all negative because the fixed stars at these points are not so rosy, at least in Western astrology. It is important to note that in the sidereal zodiac used in Vedic astrology, these gates have a connection with four of the most powerful stars in the heavens, the Royal Stars: Fomalhaut, Aldebaran, Regulus, and Antares. This is a piece of the puzzle I’m still trying to unravel. Food for thought. Send me your ideas, please.

I only see real difficulties in these points when the planet is Mars or Saturn or if the degree is taking an intense glance from a malefic. Yes, it can spell disaster. It can be a Mars that leads a person into mishap and fiascos year after year. But if handled well, that malefic can really open doors for a person, even becoming their most positive blessing.

I have two clients with Saturn on a gate. Both have had early lives of long illness and great limitation, but they now have their own health-related businesses and many devoted clients because they have become experts at living with chronic illness. But they only got there through hard work. The best healers are the people who have lived through it and can guide you when times get rough. This they certainly are. This is Saturn when it works well for you. It still brings obstacle, but later in life it can be the bedrock of a distinguished career.

So what of the gates’ murky past? A lot is written about the connection of these gates to the visions of Ezekiel, when he saw four creatures each with four faces. He saw beings with parts of an eagle, an angel, an ox and a lion. In astrology it is considered that the ox or bull is Taurus, the human head or angel head is Aquarius, the lion’s body is Leo and the eagle is an early symbol for Scorpio. It’s important to note that in Ezekiel’s vision (which you can read in the Book of Ezekiel Chapter 1, verses 1-28 I’m sure you have a well-thumbed copy downstairs, right?) he describes a wheel within a wheel, not unlike a zodiac chart, and in the firmament he saw what he called the likeness of the glory of God.

I won’t go any further into the Ezekiel testimony here, but the heart of each fixed sign was clearly sacred. These points in the wheel of the year also became significant holidays in many cultures. Using 0˚ Aries as the spring equinox and the beginning of a yearly cycle, we see that the bull’s 15 degree point marks Beltane, usually near May Day. The lion’s gate dates Lughnasa or Lammas, held in early August and marks the Heart of the Lion and the rising of the star Sirius. Eagle’s gate in Scorpio is Samhain (Sow’en) marking the time when we pray for the souls of our dearly departed; when the veil between worlds is thinnest. It marks All Saints’ Day and the Mexican Day of the Dead. Finally, the Angel’s gate at 15 degrees Aquarius marks the holiday of Imbolc which became St. Brigid’s Day and is near to Candlemas (the Feast Day of Mary of the Candles). It also marks Groundhog’s Day, when we talk about the first days of the coming spring. 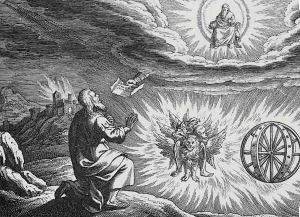 So I don’t want to drag you down with too much technical lingo, but you can see how these points became highly important in the study of the movement of the heavens. Even in ancient Sumerian sculpture we find a beast with a human head (an angel or the King himself), complete with wings and bull’s feet. The crown was topped with feathers. Sometimes the ears were the ears of a bull, with earrings. Sometimes the front is a body of a bull and the rear is the body of a lion.  The female and male versions of this creature were called Shedu and Lamassu. They were huge, some weighing over 30 tons and were often at the entryway or even inside the King’s meeting hall. Smaller versions were buried under doorways to protect a family from evil.

These were images of great power, benevolent guardians often placed at the entrance to a temple. They were known as beings that introduced a guest to a King or even to a God, so at heart really a gate-keeper. A gate-keeper that somehow had a connection to divinity. I think that connection is found in the chart of astrology and the divinity is the power that is expressed in the planets at these cross-quarter points.

Among the charts of my clients a 15˚ fixed sign placing is above all a huge dose of medicine. It can be too much to handle. It is powerful, and we all have to keep things in check when we have so much power.

If a person has Saturn at a gate you can expect the medicine to come in the form of discipline and can make the person a bit of a politician or a stern leader. Michael Jordan has Saturn at 15 Aquarius.  Michael of course was the great team captain, the essence of discipline and was one of the most accomplished career athletes in US history. A person with the same birthday, also with Saturn at the gate is, oddly enough, Larry the Cable Guy. Remember him? At first I thought, wow a comedian, I’m not sure how Saturn plays into that. But what was his memorable phrase? “GitRDone!” (as in get her done or get it done, for my overseas readers). This is also the name of his book. The idea of getting a job done properly, that is pure Saturn at its best.

I list famous names not because the gates made them famous people, but because most of us have a shared understanding of their career styles and some hints to their psychology. Others with Saturn at the gate:  Margaret Thatcher and Johnny Carson at 14 Scorpio, Goethe 15 Scorpio and Beethoven 15 Leo.

With Mercury you might find publishers and great communicators, people who can really get their point across, real messengers: Walt Whitman 14 Taurus, Woody Guthrie 15 Leo, and George Floyd 15 Scorpio.

With Sun, you would expect people with forceful personalities, a person whose presence in the room says a lot: Leon Trotsky 14 Scorpio, Andy Warhol 15 Leo, Orson Welles and Adele at 14 and 15 Taurus, and Katherine Hepburn 15 Scorpio.

With Moon, a nurturing person, or an explorer of feelings and the mind: Carl Jung 15 Taurus, Julie Andrews 15 Scorpio, and Sophia Loren 14 Aquarius.

I mainly used placements within 1 degree of exact in the examples, so only planets at 14 or 15 on the gate (14+ being one degree and 15+ being the other). I allowed just a few minutes extra in a few charts.

The examples show quite plainly how strong the link can be. I don’t have to explain that Beethoven is serious like Saturn, Julie Andrews is associated with nurturing like the Moon (personas aside, she is still widely associated with Moon quality), and Liz Taylor was a leader, a real guru in her profession. So I’ll let you consider the rest. Enough! The chickens beckon. Special thanks to Richard Fidler, Marc Penfield, and Jona Lendering for their supportive ideas.

If you liked this article, order a personal reading from The Ness of Astrology! You won’t be disappointed. 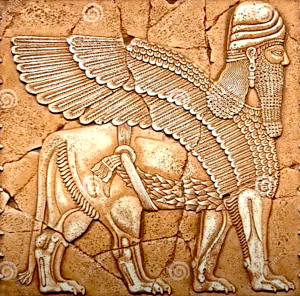