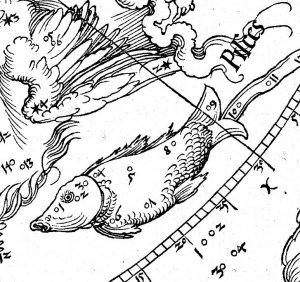 If you’re like me, sometimes you sit by the river and just watch it go by. Something happens after a time. All the cares of the day or the week (or the year) begin to evaporate. Something about water creates magic; it wipes clean the dusty slate of the mind.

Two thousand years ago, writers mainly associated Pisces with the ocean. People born under this sign were known as great navigators who could spend their lives crossing the depths. One source says they have the desire to sweep tranquil waters with dragnets and then display their treasures from the deep on the shore for all to see. This could be a description of what a Pisces person does whether they ever sail the ocean or not. They plumb the depths of the mind, or the depths of human experience from constant travels of one kind or another and then they share the treasure they found on the journey.

Edgar Cayce was the most documented psychic in history. His library in Virginia Beach catalogues over 14,000 readings that he did from the comfort of a couch between 1901 and 1944. The waking Cayce didn’t remember anything about the readings. He was a regular guy, a devout Kentucky Presbyterian who had an unusual ability to take a nap and tap into a river of knowledge that has been called many names (the collective unconscious is one). He saw humans as an expression of a divine principle. He went into the depths and brought back the treasures of healing. His story is astonishing, and you can read more at www.edgarcayce.org.

He used to do a reading for a person, maybe 300 miles away, and he would “find” the person in his sleep state and discern their health status. He would say something like this: the person is there sitting on their front porch, and they are not simply having digestion trouble, this is a muscular-skeletal problem from the time when she slipped on the ice at her aunt’s house seven years ago. Then he would suggest a remedy from their local pharmacy and name which shelf the item was on, even saying it’s behind the paraffin, for example. People verified the accuracy of his information, and naturally they would come back for more readings. They brought their friends and relatives. Some of them probably even brought the relatives of the friends of the relatives. He was highly sought after, and I’m just touching on the tip of a huge literature of his that includes Earth’s ancient history and philosophies of reincarnation. 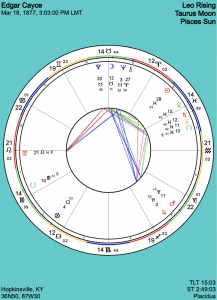 I mention Cayce because he had five celestial bodies in Pisces: North Node, Mercury, Saturn, Venus and the Sun. That’s an ocean going vessel if I’ve ever seen one and his life is a dramatic example of what Pisces symbolism can represent. They are truly fishes in the river of consciousness. They could be a Leo Sun, but if they have two or three planets in Pisces then the same might be true. We all know they love to be near the water, but they also need private time to calm their nerves. Throughout life they learn to build boundaries and sharpen their inner resources. Their knowledge doesn’t come from the usual places. Mercury, the intellect, is not at home with this sign at all, and that’s not surprising. Mercury relies on data and wakeful discernment. Pisces is the other realm, where things can be real spiritually without being real in the material sense. The knowing that comes from feelings. Mercury leaves the room at this point in the discussion. This is knowledge of another kind.

We all know that one person who is a Pisces and swims up and downstream at the same time. A being that is as much spirit as they are flesh. The restless romantic who masters the phrase go with the flow. They might have a partner who feels stuck in the mud, and even looks sort of stuck in a rut physically, but this is only because they are standing next to their Pisces partner who is more like a butterfly. They are all about feelings and sensitivity and they have totally reliable intuition. Johnny Cash, Chogyam Trungpa, Einstein, Nina Simone, Dr. Seuss and Queen Latifah all have Sun in Pisces. You can see something in common. They’ve all been somewhere and back. Whether it was Hell or Whoville, they can come back and teach the world a lesson in a nearly mystical fashion, by drawing upon some source that comes from the depths.

This brings us to the 12th house. This is the physical manifestation in our world of the Pisces symbolism. Dark places such as meditation halls, monasteries, hospitals and bedrooms are often referenced here. The land of trances, shrines, fountains and mineral bath spas. It’s often called The Hidden Bridge because it is an area where we have access to messages from ancestors, divination and guidance from dreams. Some astrologers say that planets in the 12th are spoiled, but I think it just means they don’t behave in the way we want them to. They are on a higher mission, which is liberation of consciousness and evolution of our karma. These are hard things in the short term, fraught with what looks like self-undoing, but as you get older you begin to see how there was a reason for the pain. 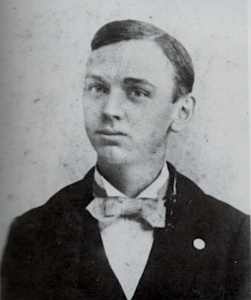 After considering all of this (sitting by the river, of course) I realized that the 12th house represents the area of the sky that is on the horizon while we are still in the womb. Our 12th house (like all the houses) is established by our birth time, which marks the spot where the 1st house begins. So for about 90 minutes before birth our 12th house is crossing the horizon. Maybe the Buddhists are onto something when they say the soul enters the body shortly before birth. That is a bridge crossing that could certainly be a 12th house moment. This is the time we are as much spirit as we are flesh, when we still know everything. We are still in contact with the divine, and we are in a dark place about to go through our first journey. Definitely a time to go with the flow.

Galileo had four planets in Pisces; Sun, Mercury, Venus and Uranus. Another person to mention is a guy with six planets in the 12th house, and his Neptune is in Pisces. He wrote dozens of short stories about a guy who tapped into another realm for a very different reason; a sleuth who smoked mountains of tobacco in his office until his trance gave him clues to solve crimes (Arthur Conan Doyle writing about Sherlock Holmes).

So how did Edgar Cayce tap into this divine realm? Does it take a stellium of planets in Pisces to get in touch with higher knowledge? Cayce himself said no, everyone has the ability to explore new heights of perception; they simply need to feed their souls and live a spiritual life. He did this for sure, but his chart shows that something else was happening, too.

He had a strong Venus, Mars and Moon; all in their most highly efficient signs and in aspect to each other. This brings an uncommon flow of planetary energy. In addition, his Jupiter and Mercury were in their least efficient signs. It’s almost as if these two planets were dampened or their doors slightly closed off which allowed the other planets a wider door into Cayce’s life. His Moon was probably the key. The Moon is tied to the collective unconscious and absorbs info, keeping it all in a dark watery place until something underneath our awareness decides to bring it to the surface. God Bless the Moon, where would we be without her?

Cayce’s readings often have references to the person’s birth chart, complete with exact times. Much of his work mirrors astrological thinking today although he called Saturn the King of Changes, while we often think of Saturn as resistant to change. From a look at his readings, he sometimes places planets in different houses than we would based on the birth data (far different). Yet the advice he gives to that person does match how we would read the chart’s influence. In many other readings his placements do correspond exactly with contemporary calculations of the chart, all while laying back on his pillow. Quite a unique individual. It may be many years before anyone catches up to old Edgar. He was way beyond most of us.

The best book I have read about Cayce is Thomas Sugrue’s There is a River and you can order it from edgarcayce.org. Do yourself a favor and dip your toe into the water. Give your Mercury a rest and dive into Pisces!

For your own personalized reading, visit the birth chart readings page. 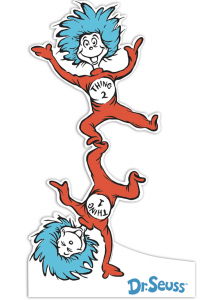